my recommendations for the KTM Komuter 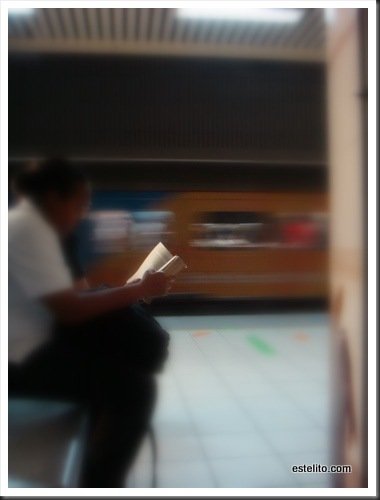 I have been very vocal, always complaining about the level of service by KTM Komuter  here in Kuala Lumpur, both in twitter (@KTMKomuter) and Facebook.
But now I just realized complaining wouldn’t do much.
And this past weekend, I was aboard a shuttle train to Klang and every time the door opened some passengers would just be dumbfounded what route the train is going to – some hesitate but board the train anyway. So I came up with a list of recommendations to KTM and my first recommendation is:
1. Have sign boards on the doors of the shuttle trains.


As most shuttle trains are the usual setup: a non-functioning train with the noisy train pulling it and the generator located somewhere – usually there would be no electronic sign board along the side of the train informing passengers what the train’s destination is.
The only sign that will give out the train’s destination would be a the very front of the train and passengers wouldn’t usually notice it since the setup is different from the usual.
There are signs in the  doors, but these are not helpful because the sign reads 2 different routes, and it’s outdated (as with the shuttle train I boarded over the weekend was going to Klang but it was nowhere in the sign – sign only was up to Shah Alam) and people not familiar with KTM get confused.

2. Have some mechanism to inform the passengers of any delay
It sometimes frustrates me, whenever you think that the train services are under normal conditions but when you get to the platform you’ll be doing a double take as to whether you are at the KTM station or a rock concert. In the case of the KL Sentral station there is absolutely no way to know how many people are in the platform or how delayed trains are (although I think KTM started turning off the display when inevitable delay is happening). You would just know about it after you have purchased a ticket or swiped your Touch’n Go and it’s too late – you can’t switch to another route for your travel.
Maybe a whiteboard that gets updated would be the cheapest way to go about this. Or have some pre-made signs that you can clip into somewhere. Be creative! But informing passengers of any type of delay and being transparent would definitely be appreciated.
3. Check the volume of the speakers in the open air stations
At times, the volume in the speakers (i.e. Putra station) would not be loud enough to hear. It’s like a whisper specially since the noise around the station would drown out the sound of the speakers. It would be best if the volume was checked and adjusted for the speakers at certain times of the day. Also sometimes toning it down in the late, late night would be great as sometimes I can hear the PA system from the condo at 32nd floor.
4. Fix the signage inside the trains
A train I boarded got an ad for an event that is going to happen in 2007 – oh wait, it’s 2010 already. Another train doesn’t have the usual train routes pasted on top of the doors. Make the signage for the other stuff, like the “courtesy to those who need seats” to be noticeable because they are just the opposite.
5. (Putra Station specific) Move the signboard for the north/south(pick one) bound (going to Seremban/P. Klang)
The said electronic signboard can be moved somewhere that the passengers outside the station can see it from a far. Why? So that people can run like they’re being chased by ghosts when they see that destination blinking already. It is being covered by the walkway from the stairs and is not so noticeable from the end of that platform.
6. If you’re going to be using social media like Twitter and Facebook, abuse it (figuratively speaking).
No need to reply to everyone one by one but it’s the ideal situation. At least use the two services to provide timely updates on your service.


I do hope someone in KTM gets to read this post. These recommendations are by far non-authoritative, but I just wanted to take a different tone to my usual complaining and instead contribute something constructive.
Anyone got other ideas? Put them in the comments section!
posted by estelito.iii at 22:29

Email ThisBlogThis!Share to TwitterShare to FacebookShare to Pinterest
filed under kl, ktm

Be civil
Don't be evil

And thank you for taking the time to write a comment. Really appreciate it!